When his mother is terminally ill, Andy Simonson returns to his native Milwaukee. The Yale graduate with the stunningly beautiful wife lands a job in a prestigious law firm and buys a house on the lake. He’s made it. Or has he? Having gone away to school, he’s now something of an outsider, and his wife, Moira, hates the city as a backwater barren of culture.

Moira wants to return to Boston where her father is a powerful lawyer. Even more than that, she wants to get pregnant. In fact, she is so determined to have a child that she eschews Milwaukee’s doctors and goes east to find out why she can’t conceive.

“A Milwaukee Inheritance” — it refers to a crumbling apartment that Andy inherits from his mother — is an eloquently written story. Author David Milofsky, professor emeritus of English at Colorado State University, is one of Colorado’s finest writers, and the novel is graceful and witty.

Andy is a gentle, sometimes bumbling man with a dry sense of humor, who is caught between the demands of his wife and his attachment to Milwaukee. The latter is underscored when a high school acquaintance with the improbable nickname of Frankie the Pin asks Andy to represent him in a palimony suit. Frankie, who is Andy’s tenant, is a young hood whose father controls Milwaukee’s underworld, such as it is. Meanwhile, deserted by his wife, Andy is tempted by her best friend.

“A Milwaukee Inheritance” is a story about past and present, about marital conflict, and about whether you really can go home again.
—Sandra Dallas, The Denver Post

“Likely to be my number one pick of the year, a rich crime novel, full of complex, flawed cahracters, exploring the theme of injustice on a number of levels. On a cold winter night in 1959, Jimmy Norman, an unarmed black youth, is gunned down by hardcore motorcycle cop, John Rogan. The killing is witnessed by tag-along bikeman, Tommey Paley. The incident is investigated, a weapon is found near the dead youth, and a verdict of justifiable homicide is rendered. Flash forward 20 years. Both cops are no longer on the force and Tommy’s life is in the toilet after a long downward spiral. He decides to spill the truth about the killing to Milwaukee Times reporter, Bob Joseph. What follows is a media event, a $100-million civil rights trial, and the ways in which those involved find their lives altered by an event from the past. Throw in a mayoral election, an affair between Bob Joseph and a candidate’s wife, and a secret carried by the dead youth’s sister. Milofsky throws many balls in the air and juggles them well. This is the author’s third novel following Playing from Memory and Eternal People.”
—Tom Miller for “Poisoned Pen”

“This case is full of losers,” observes Milwaukee attorney Charlie Simon in Milofsky’s (Playing from Memory) meaty novel of racial injustice. Simon’s comment is directed at Tommy Paley, a former motorcycle patrolman who witnessed the sport shooting of an unarmed young black man, Jimmy Norman, by a fellow bike man, John Grogan, a racist cop with a penchant for violence, one winter’s night in 1959. Both Grogan and Paley were summarily dismissed from the force, and Paley (an accomplished loser to begin with) has narrowly survived a 20-year downward spiral and come clean to a local reporter, Bob Joseph. In 1959, no one questioned the verdict of justifiable homicide–no one except Jimmy Norman’s family. But in 1979, the white population is forced to pay attention when Joseph’s story reopens the case, and Jimmy’s sister, Olivia, hires Simon to represent her in a $100-million civil rights suit against the city. Tensions flare as the Rev. Marcus Jackson, a black civic leader, galvanizes black support for the Norman case, and protesters clash with police. Local politicians Emil Mueller, who’s the town mayor, and liberal Andy Hedig use the case to advance their own interests. A disturbing revelation about Olivia threatens the integrity of her civil case. Why did she disappear so quietly after the original verdict? Milofsky’s writing is compelling, and his knowledge of law, journalism and politics is thorough. His characters, black or white, are never one-dimensional, and though he packs in more action and more subplots than the novel’s structure can support, his ambitious book succeeds in coming to terms with complex racial issues. The novel’s Midwest setting should give it a solid start in bookstores there.”
—Publishers Weekly Sept. 25, 2000

“The 19th century produced a plethora of idealist movements that found particularly fertile ground in the new frontiers of America, an adventurous, unspoiled land in which the dream of Utopia seemed an achievable and noble goal.

Jews, of course, were far from immune to this lures of the ideal. The European Zionist movement certainly displayed utopian aspirations, but the Jewish desire for a just, equitable and functional society was not limited to the goals outlined by Theodor Herzl.

The promise of America was just as alluring to Jewish idealists as it was to many other Americans of the period who strove for a better social environment. The Am Olam movement, created and operated mostly by immigrant Russian Jews, was fueled by the same pogroms and endemic European anti-Semitism that inspired Zionism, but it focused exclusively on an American stage of its experiments.

It is within the rustic, idealistic and insecure environment of new Zion- an Am Olam agricultural colony on Wisconsin’s Kickapoo River- that Colorado author David Milofsky (a magazine editor and English professor at CSU) has set his moving novel Eternal People.

Milofsky has gone to great lengths to portray his fictional colony in an accurate and historic context.

With an economical and realistoc approach, he succeeds in capturing both the physical hardships of the rich, if sometimes naive, philosophical foundations that created such communities. The discussions between his Jewish characters provide fascinating glimpses of an ideological stew which really has no modern counterpart. One hears not only the powerful influences of Torah Judaism and chasidism, but the thoughts of Thoreau and Emerson, and, with Olam’s socialistic bent, even echoes of Karl Marx.

A book set in such a millieu, obviously, runs the risk of becoming a wooden stage, with philosophical discussion miring and burdening the novel’s essential drama and struggle. Fortunately, Milofsky proves himself enough of a novelist to avoid the trap, painting his main characters- youthful immigrant Joe (Yosl) Abrams and Lizzie- with bold and clear strokes. Through the eyes of this couple and an assortment of other interesting, well drawn characters, the reader experiences both the hardships and rewards of life in New Zion.

As these idealistic Yiddish-speaking Americans rise to the challenges of agriculture, the perils of floods, the familiar pain of anti-Semitism and the very unfamiliar comfort of non-Jewish support, Eternal People becomes a powerful and engaging story.
—Chris Leppek for “Intermountain Jewish News, December 11, 1998

“Ben Seidler trips while leaving the stage after a concert he has played as a member of the Casa Bella quartet. It is the latest in a series of clumsy accidents, and Ben discovers from a doctor that he has multiple sclerosis. His gradual decline over the next 20 years is depicted and it is depressing, but the story is also a positive portrayal of the survival of Ben’s character and that of his family. The effect of Ben’s disease on his father, Moshe, his two sons, and his wife, Dory, whose reactions are shown through excerpts from a diary, form the heart of this beautifully realized novel. Like Judith Guest in Ordinary People, Milofsky portrays a family in crisis and shows us much about our own lives. One can only hope this fine first novel gets the readership it deserves.”
—Janet Boyarin Blundell for “Library Journal Review” 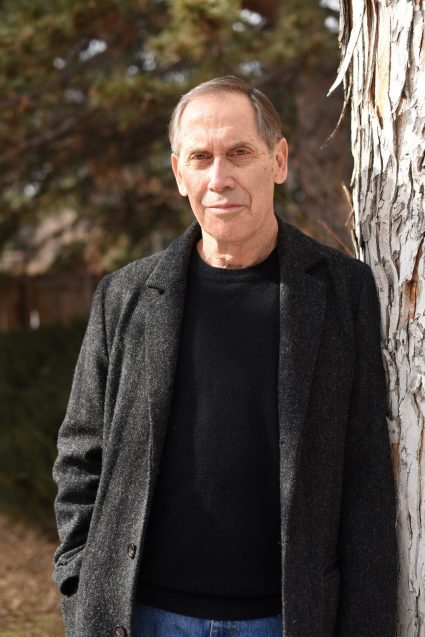