Eternal People is at once an unconventional love story, an account of a little known group of Jewish immigrants to the West, and an addition to the literature of idealistic movements in 19th century America.

Based on original research, the novel follows the adventures of Joseph Abrams, a university student home on vacation who leaves Russia in panic after the murder of his family during a pogrom. Suddenly alone in the world, Joseph travels by way of New York to Wisconsin, where his only surviving relative, an uncle, lives on a commune founded by Am Olam, a group of Russian socialists who have come to America in an attempt to escape the terror and prejudice of their native land. Along the way, Joseph forms an alliance with the visionary editor, Abraham Cahan, himself a former member of Am Olam. In time, Joseph becomes both a correspondent for Cahan’s newspaper, The Jewish Daily Forward, and the leader of the commune.

What begins as an idyllic adventure, soon develops disturbing overtones as Joseph and his fellow communards discover that hatred and misunderstanding can also exist in America. As dangerous as their enemies from the outside, however, is the distrust and jealousy that develops within the commune which soon faces the possibility of extinction forcing Joseph and the others to take decisive action in order to survive. 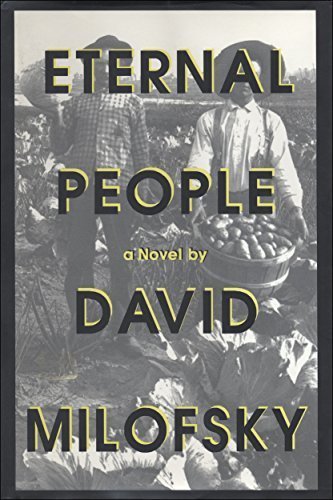